Dateline: A Snapshot of our History 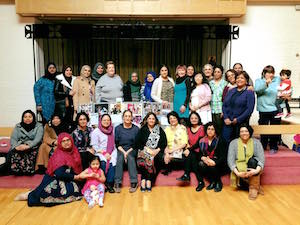 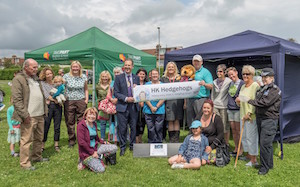 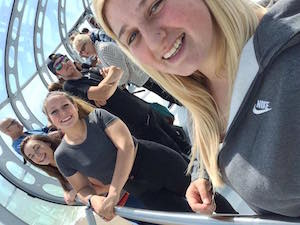 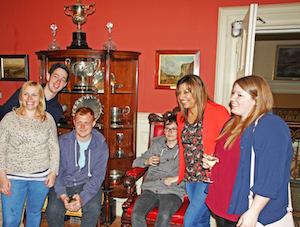 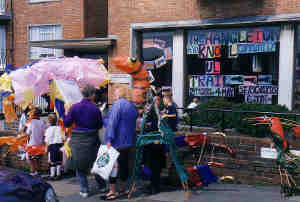 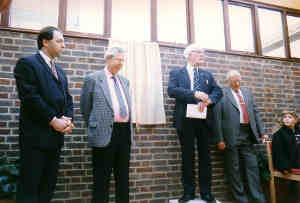 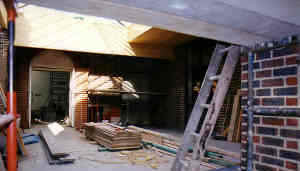 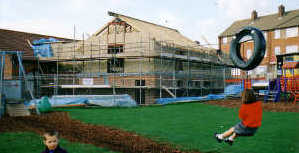 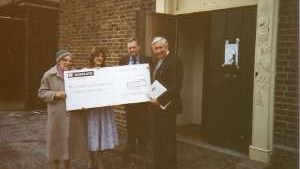 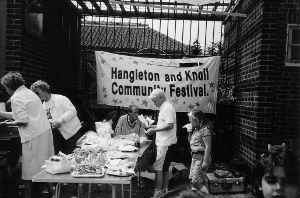 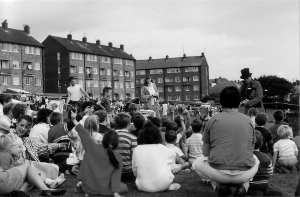 In 2019 we created a Community Learning and Arts Coordinator post and delivered on a collaboration project with Brighton Peoples Theatre to develop an inclusive and diverse resident group to steer all the Arts work in our community. This work has been really successful enabling us to have our first community led Fun Palace and an ongoing partnership with Brighton Festival to coproduce and deliver ‘Our Place’ which runs as part of the main Festival event in the heart of Hangleton.

NHS England gave us a national award for our ‘excellence in inclusion and participation in community health’ as part of our Health Forum work. This came with a cash prize of £2,500 to develop an animation to show the rest of the country our model and methods. HKP have a permanent seat on the governance of our local Primary Care Network and a commitment to future collaborations which support and enhance preventative community health.

We were successful in achieving funding from the Police and Crime Commissioner as part of the Reboot partnership led by YMCA Downslink. This has enabled us to employ a full time one to one youth coach to do preventative youthwork with young people at risk of getting involved in criminal or anti social activity. The work has been extremely well received and has already been extended due to the success and impact on our most vulnerable young people.

We have employed an additional Information and Advice worker (IAG) to support employment opportunities and achieved the matrix standard for this element of our work.

In 2018 we launched our strategic business plan and in partnership with Community Action and the City Council the Neighbourhood Action Plan.

These documents will guide, encourage and support energy and focus over the next 3-5 years and are supported by a series of stakeholder networking sessions. These ‘coffee and croissant’ events are hosted by HKP, giving service providers an opportunity to work together to achieve local priorities.

In this year the Youth team saw the asset transfer from the Council of the detached Youth Bus. The bus is now a familiar sight on our streets giving a space for our music project, a focus for detached work and safe space for group work for young people.

Our Routes employment project, led by Communityworks had the honour of being awarded an additional 30 months funding based on our success in getting people employment ready and back to work. This embeds our IAG approach and will allow for the development of more first steps creative engagement opportunities. This will build on work from our partnership with Brighton Festival and Brighton Peoples Theatre on ‘Our Place’ – a community outreach arts offer for Hangleton as part of the City Festival.

The HK Health Forum was rebranded as the West Area Health Forum as it became cluster wide and now takes in the 6 local practices of the West of the City. The CCG has recognised our patient participation as a model of good practice and is seeking to learn from it with an eye to rolling the model to other areas of the City. Nationally our work with BAME communities was published by Public Health England as a good practice model of preventative work within health, an accolade for our local work

The highlight of 2017 was the successful young people’s campaign #protectyouthservices where young people from all over the City came together to save the services that meant so much to them. Young people from HK were extremely active in the campaign which has given them a huge confidence that they matter and their voices made a difference.

We were delighted to attract funding to totally update the Hakit IT suite with brand new computers, software and inclusive equipment. This Big Lottery support to St Richards has had a huge impact on local learners and our ability to support people through Employment and Moneyworks programmes.

During this period we developed a HK neighbourhood plan, led by the community, in partnership with the City Council and other stakeholders. This has provided the backbone for the new HKP strategic plan which will be published in 2018

In partnership with the 50 plus group and Brighton Table Tennis club, social ping has started at Hangleton Community Centre. This hugely popular group now has around 25 older people playing every week.

We have been very fortunate to attract the attention of many small grants and trusts in this period, with special thanks to Sussex Community Foundation, Police and Crime Commissioner, Dementia Action Alliance, Homity, Waitrose, Noel Bennett, Blessed Virgin Mary and numerous others for supporting our work with a special mention to the Rotary who gavce us a grant for the first time towards a Christmas party for young people in the Knoll where 35 young people came together and cooked a meal.

In 2016 HKP worked with other local partners the WEA, Whitehawk Inn, the Bridge and Communityworks to develop a partnership to address City employment issues. We were successful in bidding to Europe for funding. This project specifically targets our residents aged 50 plus, those with mental health issues and our BME population to give tailored one to one support.

During this period we were part of a City partnership to support Brighton and Hove residents experiencing food and fuel poverty led by the Citizens Advice Bureau. In 2016 HKP administered a massive 55 grants to local residents with a value of over £11,000.

HKP was recognised for our exceptional impact in the local community from the High Sheriff marked by a lovely ceremony in Ditchling and a very welcome cash award. Our vice Chair Raminder Gill won a Sector star from Communityworks for her outstanding contribution as a volunteer and a member of our youth manifesto group Kayleigh Rose won a trip up the i360 as a prize for her contribution to youth participation work in the City. HKP have been working this year with Brighton Youth Centre and with BHCC Youth Council to bring young people from all parts of the City from diverse backgrounds and communities together, to support them to develop a youth voice and shared understanding of their priorities. This is the first time such a group has existed.